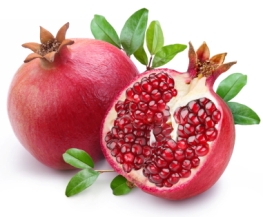 It is generally produced by plants as a response to fungal or bacterial attack and is a natural antibiotic and fungicide.

It has been observed that French people have a relatively low incidence of coronary heart disease, despite having a diet high in saturated fat. It is thought that this anti-oxidant is responsibe for this 'French paradox'.

Wines, particularly red wines, are a source but Dr Johan Auwerx of the Institute of Genetics and Molecular and Cell Biology in Illkirch, France, says that "You definitely need higher concentrations than you get from red wine".

It has been shown to control inflammation, proven effective at lowering sugar in the blood, is good for the heart and has also been shown to have many anti-cancer properties.

It occurs in two forms, trans- and cis-. The one used in clinical studies that also seems to have the most potential for promoting health is Trans-resveratrol.

It is a potent anti-oxidant (about 20-50 times as effective as vitamin C). Originally it was thought that it targeted the sirtuin1 (Sirt1) gene which is associated with longevity but recently this was found not to be the case but it may indirectly increase Sirt 1 activity. It inhibits certain types of proteins known as phosphodiesterases (PDEs), enzymes that help regulate cell energy.

Some researchers see its potential benefits as a "fountain of youth."

The research on this antioxidant is still in its infancy and only a few human trials have been completed yet (as at June 2012) but the research is certainly promising. Even Quackwatch was generally positive about the studies but gave the reasonable warning that ‘only human clinical trials can determine whether supplementation is useful for humans. [It] has not been tested in clinical trials' [although some trials have been completed and others are now in process].

Also, even though one researcher, Dipak Das, controversially, faked some of his research there is a large body of work that has demonstrated various beneficial effects of Resveratrol on everything from yeast to worms to flies to fish to mice to monkeys and also in trials being conducted on humans.

Until we get more human clinical trial results in we are mainly left with anecdotal evidence which is basically the experience of humans who have tried it in its various forms. Much of that feedback has been positive.

Below I outline some of the benefits and background.

One aspect of extending lifespan is preventing the damage done by free radicals. Free radicals are molecules missing an electron and in seeking to replace that electron free radicals cause damage to the cells of the body, but once rendered stable they become harmless. Resveratrol is able to give electrons to free radicals that are unstable in the body , but still remain stable itself, making it one of the best natural antioxidants.

Professor David Sinclair, a researcher at the Harvard Medical School in Boston, Massachusetts said that it is the first compound known "that has extended the lifespan of every organism given it".

It appears that it can induce the expression of several longevity genes including Sirt1, Sirt3, Sirt4, FoxO1, Foxo3a and PBEF and prevent aging-related decline in cardiovascular function including cholesterol level and inflammatory response.

In a study on short-lived fish, Valenzano et al.(Current Biology 16, 296–300, 2006) added it to their fish food starting in early adulthood and caused a dose-dependent increase of median and maximum lifespan. In addition, it delayed the age-dependent decay of locomotor activity and cognitive performances and reduces the expression of neurofibrillary degeneration in the brain.

These results demonstrate that food supplementation with it prolongs lifespan and retards the expression of age-dependent traits in fish. 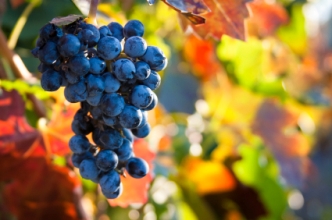 In a study done in vitro (which basically means in a test tube or in a laboratory) it proved to be effective at helping to eliminate the cells of prostate cancer, breast cancer, esophageal cancer, cancer of the cervix, ovarian cancer, skin cancer, lung cancer, and others as well.  Not only did it kill cancer cells and protect healthy cells but also prevented the formation of cancer cells.

Dr Arthur Polans, a professor at the University of Wisconsin School of Medicine and Public Health, has demonstrated in mice that it shrinks tumors and kills malignant cells in five types of cancer: skin melanoma, breast cancer, neuroblastoma, ocular melanoma and retino-blastoma. It appears to have the ability to kill cancer kills while leaving healthy tissue alone.

Prostrate cancer - In one study resveratrol-fed mice showed an 87 percent reduction in their risk of developing prostate tumors that contained the worst kind of cancer-staging diagnosis. The mice that proved to have the highest cancer-protection effect earned it after seven months of consuming it in a powdered formula mixed with their food.

Other mice in the study, those fed resveratrol but still developed a less-serious form of prostate cancer, were 48 percent more likely to have their tumor growth halted or slowed when compared to mice who did not consume the compound, the research team said. This study adds to a growing body of evidence that this antioxidant has powerful chemoprevention properties.

Breast cancer - A study published in May, 2006 found that resveratrol-fed female mice had a considerable reduction in their risk of breast cancer. It seems to stop breast cancer cells from growing by blocking the growth effects of estrogen.

Colon cancer - Not only did it help to fight the spread of free radicals in the body, but it helped to inhibit the growth of tumors in the colon by blocking the main enzyme considered to be responsible for colon cancer: That enzyme is known as Cox-2.

Skin cancer- According to researchers at the Herbert Irving Dermatology Centre "Resveratrol is very effective at blocking DNA damage induced by ultraviolet-B (UVB) light, which is the most impor­tant risk factor for skin cancer,” and “When UVB light hits skin cells, it can damage the DNA. If there’s enough damage over time, the cells can become cancerous". The scientists wanted to find out if resveratrol could prevent or reverse adverse effects resulting from those genetic changes.”

The results are promising. In one experiment, mice were given regu­lar doses of an oral solution and chronically exposed to UVB light. “We saw a 70-percent reduction in non-melanoma skin tumors in the treated mice, compared to a control group”, Lead researcher, Dr. Kim reports.

Studies performed at the Mayo Clinic with mice indicated that Resveratrol may help to prevent damage to blood vessels and reduce inflammation along with bad LDL cholesterol and also minimise blood platelets from clumping together. All of these conditions can block the arteries and cause blood pressure to rise. It also makes blood vessels more flexible so blood can flow without resistance and helps with circulation. All of these effects combined helps lower blood pressure.

It seems that a growing body of evidence suggests that resveratrol may have a role in bodybuilding. High levels of oestrogen can contribute to muscle loss and fat gain but resveratrol may act as a natural oestrogen blocker (Lu & Serrero 1999).

It also appears to increase NO synthesis and bioavailability and may be useful in achieving a ‘shredded’ look because of its ability to increase the amount of fat burned (Timmers et al 2011).

Since it is a powerful antioxidant it has the potential to aid in recovery post-workout and protect against free radical damage during intense workouts and a 2008 study revealed that resveratrol has a ‘positive effect on male reproductive function by enhancing blood testosterone levels'.

Diabetes mellitus affects approximately 20 million people in the US, or nearly 7% of the population. It is expected to increase by 70% within the next 25 years and numerous epidemiologic studies have demonstrated that type 2 diabetes increases the risk of cardiovascular morbidity and mortality. It is estimated to cost over $92 BILLION in health care costs and lost productivity.

An accumulation of evidence demonstrates the possible benefits of resveratrol in diabetes and diabetic complications. It is already known that it affects insulin secretion and blood insulin concentration.

In animals with hyperinsulinemia, it reduces blood insulin and numerous data indicate that in diabetic rats, it is able to reduce hyperglycemia. In diabetics the high production of glucose causes cellular damage to the blood vessels. Current research theorises that resveratrol can protect against this damage by assisting cells to make protective enzymes.

A recent study (April, 2012) about to be published in the journal Diabetes Research and Clinical Practice found that it can protect the islets that produce Beta cells (which produce insulin), in mice from abnormal insulin secretion and morphological changes induced by a high-fat diet. But what about humans?

Recently a small, pilot study involving ten people, diagnosed with impaired glucose tolerance was conducted. The group, aged 69 to 75, were given a moderate dose supplement of resveratrol for four weeks.

In 2011, a study published in the British Journal of Nutrition found that a four-week intervention with it in type 2 diabetic men significantly improved insulin sensitivity.

According to a report in the ‘Annals of the New York Academy of Sciences’ ‘It seems quite possible that resveratrol, alone or in combination with current anti-diabetic therapies, will be used in preventing and treating diabetes’

The few clinical trials done to date seem to indicate that it is not toxic and does not cause adverse effects in people but it may be precautionary for pregnant women and children not to consume it. A small study from 2007 found a single dose of up to 5 g caused no serious adverse effects in healthy volunteers.

However, doses higher than 100 mg per day may increase the risk of bleeding in individuals who also use anticoagulant drugs, such as warfarin or its analogues.

It has also been shown that resveratrol can exhibit pro-oxidant properties, leading to oxidative breakage of cellular DNA but higher doses than 100mg are probably not necessary in humans anyway unless you have a specific condition that requires more.